In our bodies we live and move and have our being. It is with our eyes that we gaze upon the sun dipping behind the Tucson mountains, with our ears that we hear the coyotes howling at the full moon. It is our skin that soaks up the winter sunshine, our tongues that taste hot caldo, and our noses that welcome the fragrance of the holidays. It is with our bodies that we hold our children, embrace our friends, do the good work that we’ve been called into.

For most of human history, men and women have moved to live. It would have been unthinkable to not use our bodies for work and survival. But with the advent and proliferation of technology, we find ourselves in a predicament. Technology does a lot of the physical work for us. We have cars for transportation, machines for laundry, refrigeration for our store-bought food. Human Movement- for many of us- is optional. And yet it is the way that our bodies are made to function and flourish. 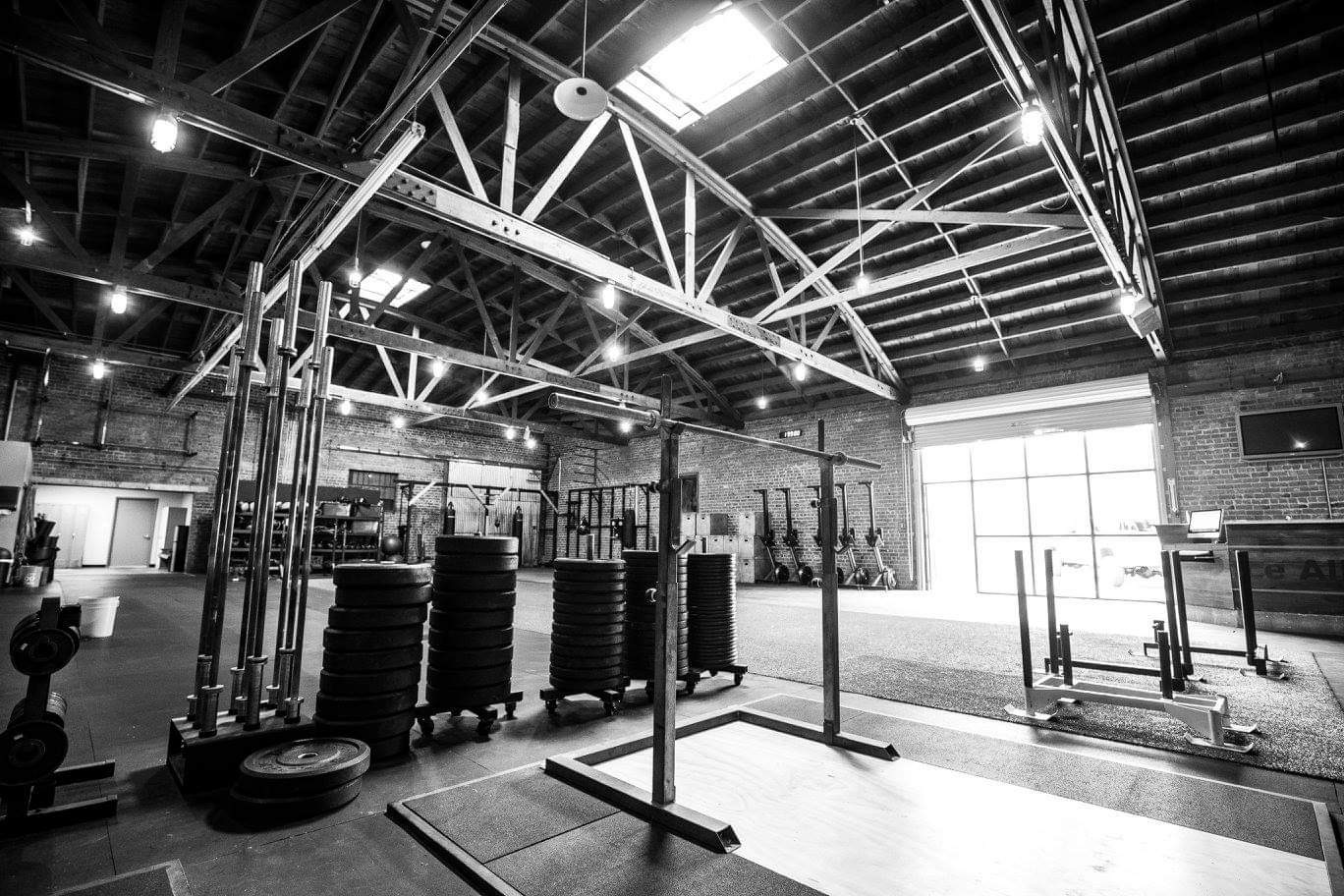 FROM DREAM TO REALITY

There’s a 1940s red-brick warehouse on Fourth Avenue, just south of the Broadway curve, where human movement happens. Eric Mackey, owner of HardVolume Crossfit, couldn’t have chosen a better place for the gym. As a Tucson native, Mackey watched many similar warehouses fall into disrepair and was an eyewitness to the darker days of downtown. Having a father active in city government gave him an insider eye into the revitalization process through the years. For him to have a business on the verge of a now bustling downtown and the historic Armory Park is a dream come true.

It’s a dream that he didn’t always know he had. Mackey moved away for college to pursue music. Like the best musicians during the late 80s, he had long hair and played guitar. He worked for a number of record labels in the Twin Cities and then Los Angeles, totaling a decade and a half. When the music industry underwent a major transformation, it was time for a change of career. Mackey eagerly welcomed the idea of returning to Tucson, this time to explore his lingering interest in holistic healthcare and sports fitness. Tucson was the perfect place for this with its impressive list of medical and integrative health centers.

He talks about that move home with admiration, “I’m very attached to the desert. I always missed it. Tucson has grown quite a bit, yet has managed to remain the Old Pueblo.” That speed, along with some great weather and sprawling terrain, makes Tucson a primo destination for endurance athletes to train (and live!) Marathon runners, cyclists, swimmers -and those that do all three- flock to Tucson. 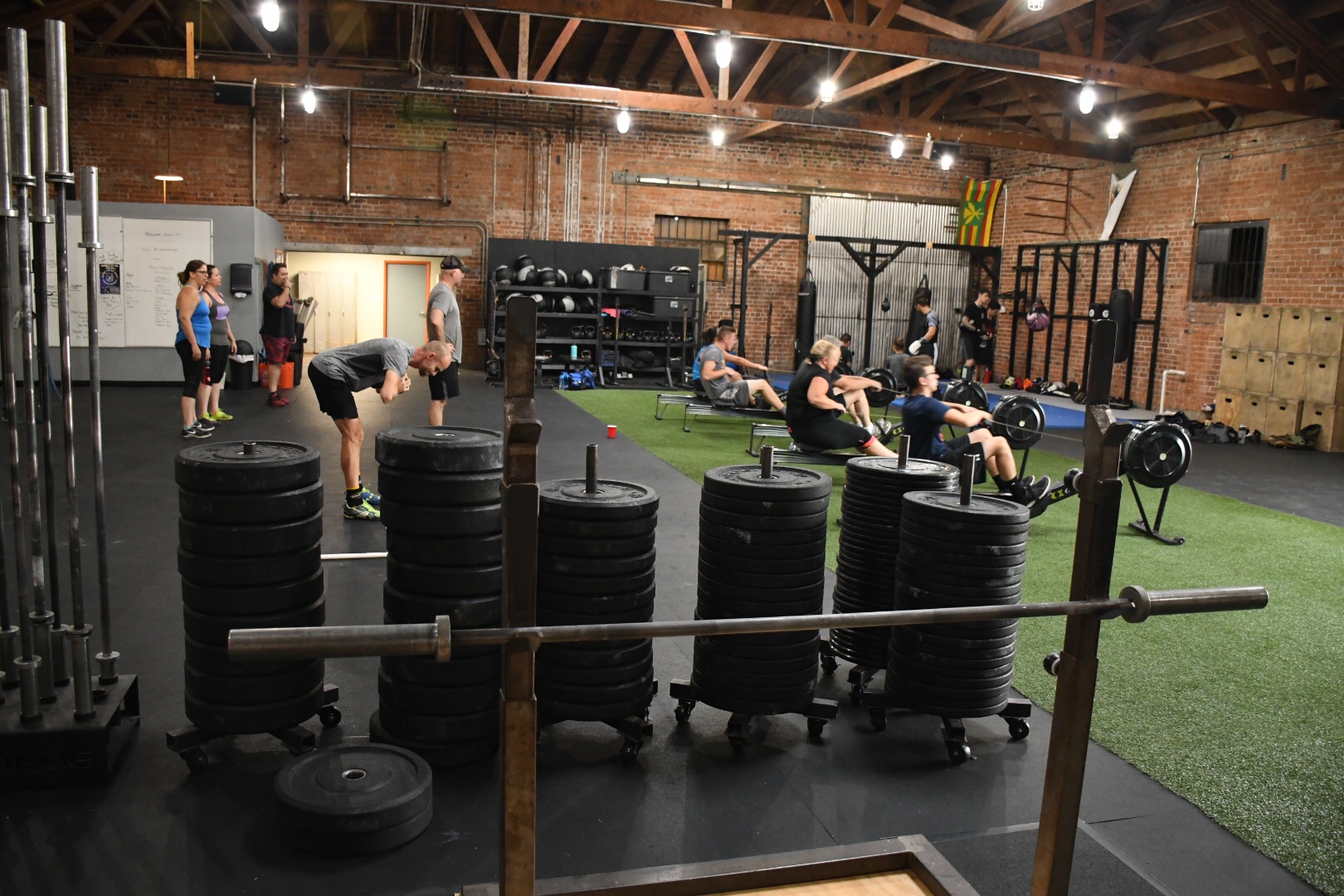 MOVEMENT TO MATCH THE DYNAMIC NATURE OF OUR WORLD

While working towards holistic injury prevention with these and other competitive athletes, Mackey suffered a pretty serious injury of his own. That is when he discovered this thing called Crossfit. It was 2007 and a New York Times article described a new cross-training program that was just beginning to bubble up into the mainstream. It integrated all different aspects of fitness: gymnastics, plyo skills, conditioning, weightlifting, etc. From Mackey’s vantage point it made sense. Humans need diversity in their movement to match the dynamic nature of our world.

Think of our incredible mountains. The crags and undulations of the rock faces, dipping into valleys carved out by the synergy of raindrops. Our incredible hiking trails give us a taste of what it’s like to engage nature with our bodies. The vast array of difficulty levels invite people of all abilities to come. They range from gently inclined paved trails for those who need wheelchair or stroller access to upright routes for our rock-climbing contingent.

That is the magical thing about living in a world where human movement is optional; It becomes an adventure that can fill our times of rest. Those of us who no longer move to work get to move to play. We explore the wonder of our bodies and nature simultaneously. I can’t think of a better place to do that than Tucson, Arizona.

That is why Mackey believes Crossfit has become such a popular form of exercise for our community. In just a decade we’ve added 18 well-frequented Crossfit gyms around Tucson. It fits because Tucson wants to grow in functional strength and fitness to equip our bodies for the adventure of life. And just like Tucson, which is a tapestry of people and cultures, this form of fitness is able to weave in some of the most helpful types of movement from a variety of traditions. 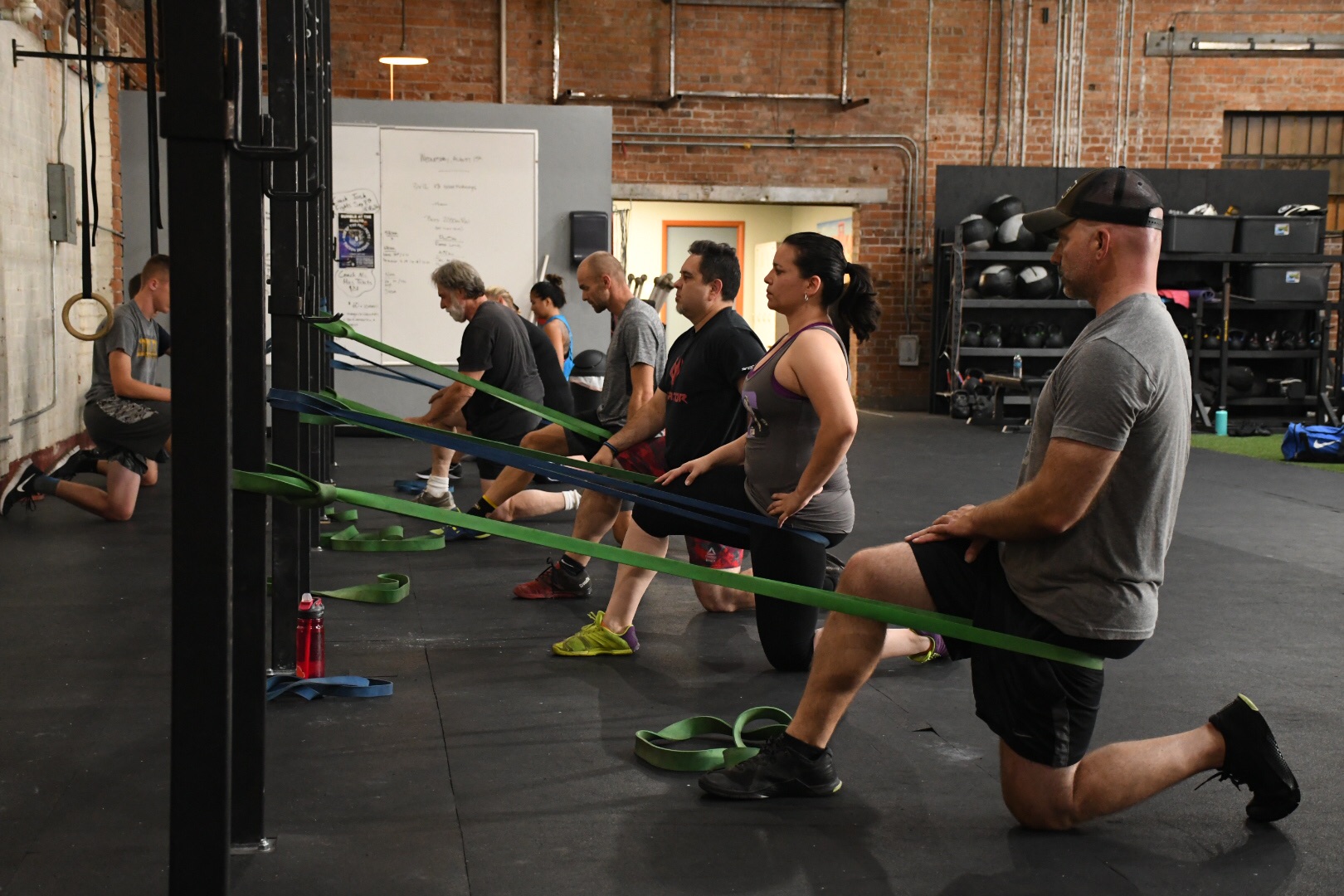 STRETCHING THE EDGES OF OUR LIMITATIONS

When I step into HardVolume I witness something that makes Tucson great: people of all ages and backgrounds moving alongside each other. Just like our mountain trails, each exercise can be scaled to work for every body. While there is an aspect of competition for those that are motivated by that, the ultimate goal is to learn how to move better. That is what gets Mackey and his trainers excited about their work. When we become more confident in our body’s abilities, we begin to take other big steps in our lives. That might look like pushing back against the afflictions of aging or burdens of life that threaten to isolate and discourage us.

When we experience weight bearing down on our shoulders or feel the shortness of our breath as we run and jump we get acquainted with our limitations. The trainers at Hard Volume embody the good work of meeting people in that place of vulnerability. We hate to feel weak but when we have someone there to encourage us and gradually help us to stretch the edges of our limitations we find true strength. Not the strength that comes from “muscling up” or hiding our weaknesses but the strength that comes from accepting where we are and starting there.

Some cities are new cities. They boast of bright, shiny spaces and modern concepts. Some cities are old cities- history and tradition are at the forefront scripting day to day life. But then there’s Tucson. Rich in history and culture and yet welcoming of new forms. The men and women in that old warehouse downtown are working to make Tucson stronger. As we make resolutions for this new year let us think about what it looks like to face our weaknesses, be strengthened to love our community better, and celebrate the good work of our neighbors.

LEARN MORE ABOUT HARDVOLUME CROSSFIT AT WWW.HARDVOLUME.NET OR VISIT THEIR FACEBOOK PAGE FOR MORE INFORMATION! 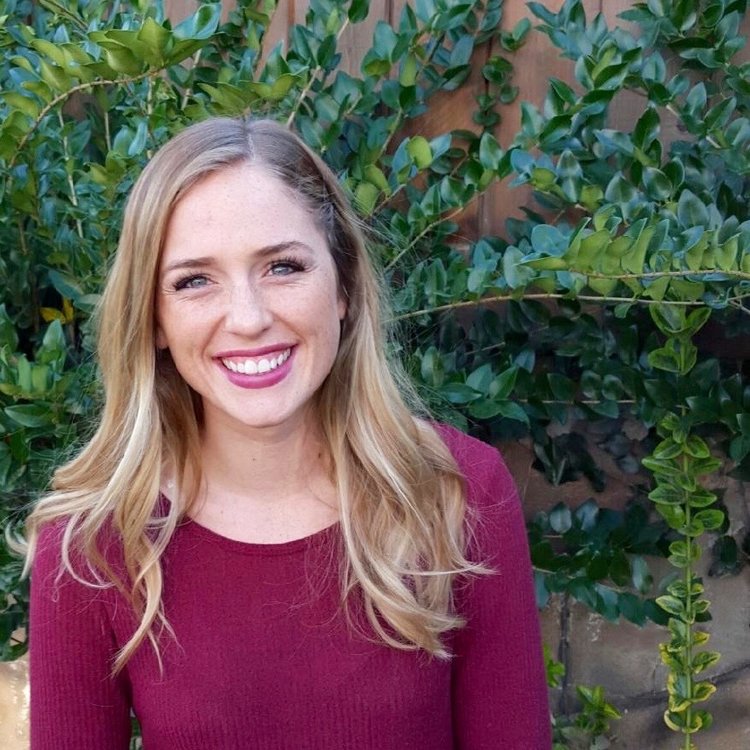